Pingy Animatronic is an admin on the GoAnimate Wikis who likes doing RP's and making games inspired by actual ones, he is one of the throne protectors of Heaven.

Pingy is seen riding numerous vehicles and goes to Lake Hoohaw as the wrong destination and crashes into other's houseboats causing them To sink especially one of Pingy's vehicles.

When Pingy is beaten up by villains, it causes his jaw to break.

Pingy holds deep love for his waifu, Matsuri (Angelina), who died many years prior.

He has the ability to turn into Frying Pan Boy. In this form, he whacks enemies with frying pans or launches at their faces. 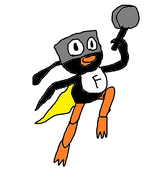 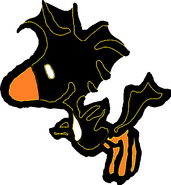 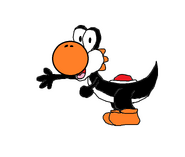 Pingy as a Yoshi

The Reason he hates Nope.avi

Community content is available under CC-BY-SA unless otherwise noted.
Advertisement